Read this historical overview of Albania's abortion legislation to get a better understanding of Mira's story.

Abortion has been fully legalized in Albania since December 7, 1995. Abortions can be carried out on demand until week 12 if the pregnant woman considers the pregnancy to cause psychological problems, and she must undergo counseling for the week prior to the procedure. It is encouraged that her partner, or a guardian if she is a minor, partakes in the counseling. Abortion was legalized with Law Nr. 8045. Article 1 of this law reads: “The law guarantees respect for every human existence from the beginning of life. This principle shall not be violated except for cases when it is necessary and under the conditions specified in this law.” Article 2 specifies these conditions:
The principles on which this law is based are:

1. Health care at all levels must use the services of family planning, as a means of avoiding unwanted pregnancies. The interruption of pregnancy shall not be considered a method of family planning in any case.
2. A woman has the right of precise information and advice before an abortion.
3. In cases when abortion is not contrary to the provisions of this law, it must be performed in conditions that are safe for the health of the woman.
4. In all cases, women must be assured health care for the treatment of possible complications after an abortion.
5. Advice and family planning service after abortion must be immediate, with the aim of avoiding unwanted pregnancies.
6. Abortion is permitted only when the undesired circumstances in this law are verified to exist and in any case with the consent of the woman.

Pregnancy terminations are not illegal after the 12 weeks have passed. Both medical reasons and “social reasons”, as phrased in Law Nr. 8045 Article 9 and 11, are grounds for abortions up to week 22. These cases need to be judged by a specialist commission, consisting of three specialists: three doctors in case of medical reasons, and a doctor, a social worker, and a lawyer if there are social reasons for the termination. After an examination and consultation with the woman, the commission decides if the pregnancy can be lawfully terminated, either on medical or social grounds, including if the pregnancy is the result of a sexual crime. Article 9 further reads: “When the committee judges that the fetus has malformations incompatible with life, or an illness that would make it an invalid with treatment uncertain, it shall decide on an abortion at any time.”

When the woman requests an abortion, Article 4 of Law Nr. 8045 stipulates that the doctor must inform her about medical risks affiliated with abortions and how they can affect future pregnancies, as well as the possibility to continue the pregnancy and give the child up for adoption. The doctor must also inform the woman of institutions and organizations that can give moral and financial support during and after a successful pregnancy, as well as which hospitals and clinics perform abortions. Article 6 further says that if the woman repeats the request after receiving this information, the doctor must ask for a written confirmation of the request, which must happen at least 7 days after the first request. There is a seven-day mandated waiting period from when the woman seeks abortion services to the day when the termination can be lawfully executed. If the woman reaches week 12 within this week, it is shortened to two days, at the discretion of the doctor. In all cases of termination of pregnancy, the doctor who performs them, who must be an obstetric-gynecological specialist doctor in a state or private health institution, is obliged to inform women about family planning services and advise them on contraceptive methods provided by the institution where they work and/or other state and private institutions.

During the Communist regime (1945–1990), Albania had a pro-birth policy and a ban on import of birth control, effectively leaving out any alternative for women to decide for themselves. During the years of dictator Enver Hoxha’s rule, abortion was considered a crime and punished accordingly. Penalizing abortion did not prevent them from happening, and Albanian women had illegal abortions, either self-induced or performed by others. It is estimated that 50% of all pregnancies ended in abortions – in 1980 there were more abortions than births taking place in the capital Tirana. Seeing as having an abortion was illegal, they were performed in secrecy, and there is no real data from this time period. Government-issued official data claims that 7 abortions were carried out in 1986, effectively omitting the large number of illegal abortions. The illegal abortions were performed by ordinary women, without medical knowledge, and girls and women were often left with mutilations, various diseases, or lost their lives. In fact, Albania had the second highest maternal mortality rate in Europe. Women and their families were afraid to speak up about their abortions, fearing the consequences if the government found out. The women who were found guilty of having an abortion were shamed in society by the Communist Party or sent to a re-education program.

In post-dictatorship Albania, laws concerning family and women’s lives changed radically. Moreover, there was a societal change in attitudes towards formerly illegal practices, such as abortion. In 1989 abortion was legalized in cases of rape and incest, or if the pregnant person in question was under the age of 16. Two years later, in 1991, women could apply to have their pregnancy terminated for a variety of reasons. Their application had to be assessed by a board of medical practitioners, who had to agree that it was the best decision to terminate. With the introduction of the current law from 1995, all previous laws were repealed, and abortion was legalized.

During the onset of the COVID-19-pandemic, abortion services were largely shut down in Albania. Rights activists feared this would lead to women turning to unsafe abortions. Medical abortions are still illegal in Albania, and whereas other countries, such as Germany and Great Britain, introduced telemedicine for abortion services during the pandemic, women in Albania must still be hospitalized when having an abortion.

Although there are no recent debates in Albanian society pertaining to increased or decreased abortion access for women on a general level,  there are some topics that have been debated over a longer period of time. One of them is the issue of so-called selective abortion. Selective abortion is an umbrella term, pointing to an abortion occurring after the pregnant woman has learned about certain fetal traits, such as the sex or any fetal abnormalities, and she wishes to terminate the pregnancy. In Albania, sex-selective abortion, where female fetuses are aborted in particular, has been an issue of debate for many years. This is linked to the patriarchal tradition and has spread especially in rural areas and among marginalized communities, such as the Roma.

The value given to the family line is based on the old patriarchal system of Albanian society, which can have a strong influence on the definition of family relationships in the past and present. Various scholars have shown that the old traditional patriarchal norms in Albania have defined family blood ties vertically through male members, and horizontally through brothers and sisters. Thus, boys were required to ensure continuity and the survival of the family line, i.e. the family surname and its identity. Studies have shown that family heritage is still important for Albanian families. Although girls are expected to change their last name when they get married, and thus are not perceived as belonging to the family of origin, boys are given the right to inherit the family surname for generations to come. If you do not have a son, the word is that the family line disappears. The boy is considered the pillar of the house and is needed to continue the family identity, which is defined as the efforts and achievements of parents and ancestors. Thus, boys are favored over girls, which leads to more female fetuses being aborted.

Family planning has also received attention in the Albanian discourse on reproduction since the end of the dictatorship. After 1992, contraceptives became available again, however it is still not widely used in rural areas and amongst some minority groups, where traditional methods of birth control, or none at all, are still favored. UNFPA and other organizations are active in the country, working for increased awareness with women and youth organizations. 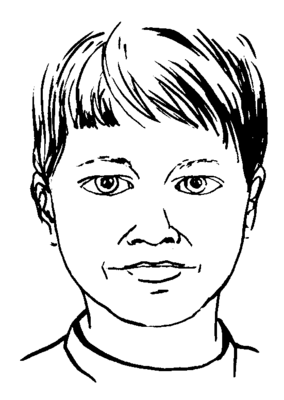 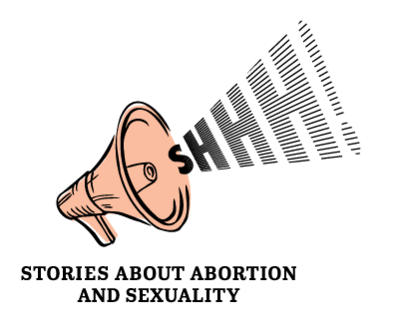 Information collected by the Women's Museum in Albania