Hanna is from Sweden. She has experienced two abortions. The first one happened in 2000; she was then 21 years old.

I had my first abortion right after the turn of the millennium. I was in university, acting and I was in love. I was 21 years old and free. The pregnancy felt like a ball and chain, something that would hold me back from doing what I wanted. Each cell in my body signalled that I did not want to keep the baby. I just felt it, right from the start.

Everything was about my body. I threw up, slept all the time, my breasts were sore. All of a sudden, everything was about biology. Had I continued the pregnancy, I imagined it would stay like that. What I wanted out of life was mainly intellectual. But now I was only a physical being.

My boyfriend kept his distance, it was not a big thing for him. It bothered me, because it was far from what I experienced. For me it was hard, uncomfortable, intrusive. I got pissed: “You’re the one who caused this damn situation. Show some compassion!” It was like it was only my responsibility, that I had gotten pregnant, when in fact it was his, too!

My boyfriend was a feminist, but he could view feminism as an intellectual pastime, and opt out when things got too hard.

I went to the clinic and had a medical abortion. I took the pills. Then I was put in a large room at the hospital. I had to wear a giant diaper and lay there waiting for the bleeding to start. It hurt a little bit, but not too bad. My dad came and picked me up, and we went to our summerhouse. We were completely silent in the car for an hour and a half. That’s when the cramps started properly. I was in a lot of pain. When we got there, everything came out of me.

Several years later I met another man, and we had a daughter. When she was six months old, I realised I was pregnant again. I was still breastfeeding and I didn’t think I could get pregnant again that soon.

My feeling was “shit, I’m pregnant again”. I was thrown back to the situation I had been in ten years earlier. With a small child, I had another perspective. I imagined my belly growing, me giving birth and holding a baby I would love so much. Even so, my decision was quick. I felt like I had just given birth, and my relationship to my partner was not great. And now, I was more informed about my choices.

Going through my second abortion, I caught myself thinking someone would ask: “Oh my God, how many abortions are you going to have?” Like, one abortion is fine, but a second one would be too much. But I didn’t get any reactions like that. At the clinic I was welcomed by professionals. “Ok, you want an abortion. We will make sure the experience is as good as it can be.”

We carry so many ideas about what kind of person has an abortion, especially if you have more than one.

That it’s someone who sleeps around, who is easy and doesn’t take responsibility for their own life. Men don’t get branded like that. Does anyone ask a man how many abortions he’s been part of?

I feel like I took responsibility for myself when I chose to have an abortion. I view it as a sign of equality, that women choose to have an education, a place to live and a job before they have children. Maybe we don’t want to be reduced to birthing machines. We want to be something else, too. 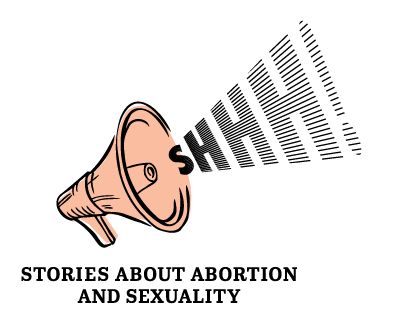